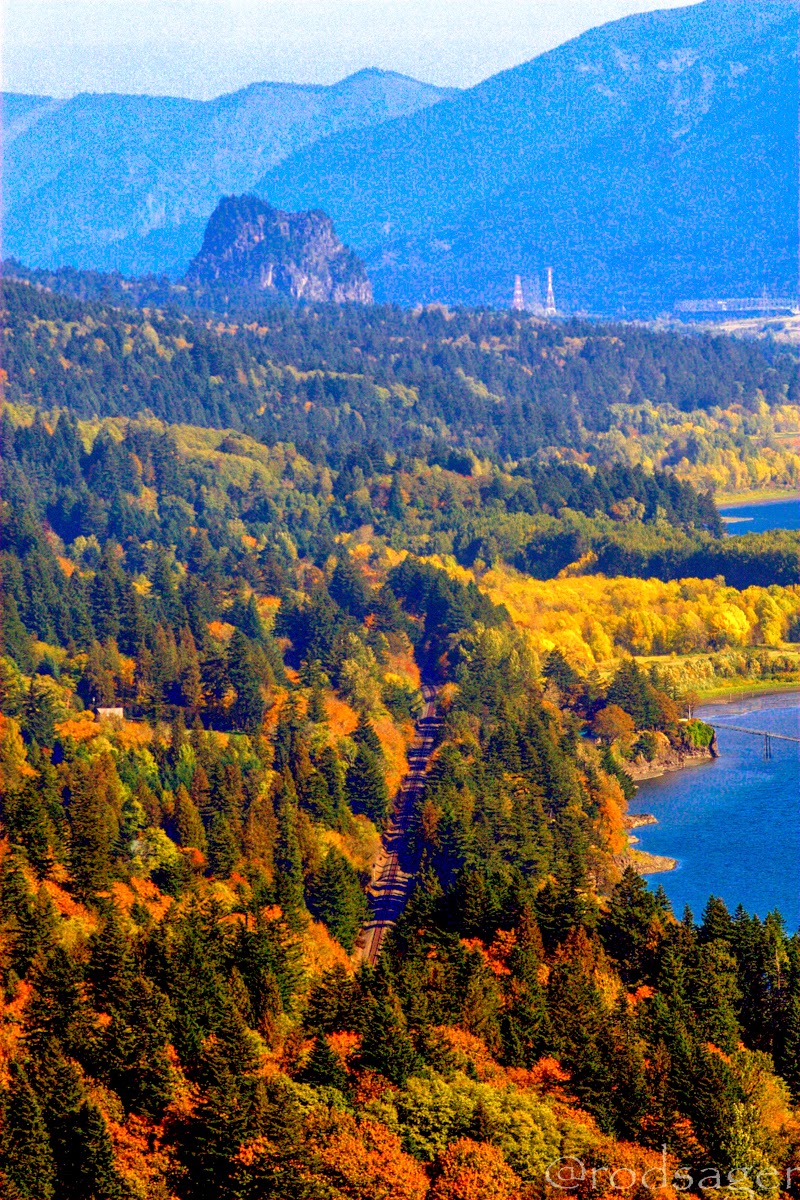 Washington state has some fantastic fall color. It is generally found along the western slopes of the Cascade Foothills and it is brilliant. I though I might share this article with you all about five great fall color drives in Washington. To read the fine article by Bill Holland, Click here.

I also though I might re-post the article that reminds you all why Washington is such a great place to retire.


Washington State is not the first state you think of when pondering the exodus of retirees to "fairer" locales. You might think of the warmer sun belt states like Arizona and Florida. But Washington offers a unique combination of favorable taxes for seniors, a variety of climates from dry to wet and mild to wild. Washington offers its qualifying seniors a significant reduction in property taxes. There is no state income tax. Southwest Washington really hits the spot, because for those who like to shop and spend money the very nearby Oregon has no sales tax. A trip to the Oregon coast is easy and inexpensive.

Many retirees in the area keep two inexpensive (or expensive depending on their finances) homes. One in Washington State and another in California or Arizona. They fly south for the winter in November and return to our more tolerable climate in the late spring. usually it is better to claim Washington as the "home" state since we have favorable tax conditions for seniors. Although Washington is not the TOP rated state for tax friendly status, it would be when considering the live in Washington, play in Oregon angle offered by Southwest Washington.

Vancouver offers the glorious beauty of the west side of the Cascades with a moderate amount of rain and very modest snow. East of the Cascades delivers much more sunshine but also has more drastic swings in temperature and much more snow in the winter. Southwest Washington also offers close proximity to the aforementioned Oregon Coast and the metropolitan Portland area.

Speaking of the coast, Southwest Washington has the lock on reasonably priced beach property. The Oregon coast is world famous, largely because the state of Oregon spends millions of dollars promoting it. The southern Washington coast is equally spectacular but offers amazing values in property and taxation. This is especially true when compared to Oregon which is very tax unfriendly according to several prominent sources such as Money Magazine and Kiplinger.


Our southern neighbor, Oregon is rated as "least tax-friendly" for seniors while we enjoy the "tax friendly" status. Our base property taxes are much lower than Oregon and many seniors qualify for one of four property tax reduction programs. Sales tax is a much less intrusive tax than income tax for middle and upper income seniors. Arizona rated higher than Washington for tax friendly status but actually depending on income and spending habits we might be better than them as well.


Now that all this taxation benefits are out of the way, we can consider other factors. The well known fact that Washington state is absolutely gorgeous is a strong draw. We have four distinct seasons here in Clark County but none are severe. That is tough to find anywhere on Earth. It seems like the proverbial slam dunk for a retirees to move here. And many of them are moving here. So there you have it, Washington State is the best northern state to retire to. Start packing.
Posted by Rod Sager at 10:00 AM No comments:

Southwest Washington's Coast can be a Value for Retirees!

I posted this on my Coastal Living blog a few days ago, check it out! All the advantages of Washington State and the proximity to Oregon, but at the seashore!

Ocean Front under 200k? Believe it!

I was wandering about on the multiple listing service and stumbled upon this interesting and fantastic property. It is a lovely 1930s cottage with a two bedrooms and a bath. The living area totals 728 square feet. It is an absolutely charming little house that appears to have been very well kept.

The strange thing about this house however is the property on which it sits. The home sits on a 1.5 acre lot that is only 40 feet wide. Barely wide enough for the house. The lot extends more than 1600 feet to the beach. This is true beach front property.

The pink colored lot is the lot and house for sale, from Pacific, County Mapsifter

Like the headline says, this home is under $200k; in fact it is listed for just $189,900. Sure it is just a cottage but it is a tidy little house and it has beach front access! Sure it's only 40 feet of beach front but it's still beachfront! This house is in the city of Long Beach, Washington. It is very close to the Columbia River, Ilwaco, WA Astoria, OR. This is not way up on the peninsula. Long Beach hosts a variety of events every year and has a charming, classic American beach town setting.

I never cease to be amazed at the beach-side opportunities here in the Evergreen State. This property offers up retirees or families seeking a vacation home something they can afford from the middle class rather than the wealthy class. We have some of the best coastal living in America, and sometimes it's even a bargain!