Retire in the Gorge? 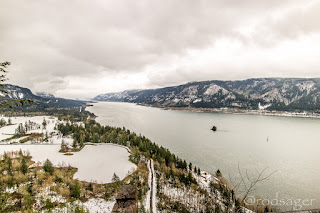 One of America's most scenic and spectacular places is the Columbia River Gorge. Who doesn't want to retire to a place like that? Well it is a great place to retire, but it is not with its faults.

The Columbia River gorge is a National Scenic Area that contains a plethora of state and local parks in both Washington and Oregon. The areas that lie within the actual boundaries of the National Scenic Area are governed by a bureaucratic commission. The commission is charged with protecting the Gorge as a natural asset. This is in essence and very good thing, however in practice it means building your dream home is nothing short of a 'Freddie Kruger Nightmare'. That said there are many spots that are shielded from this commission including the towns and cities of White Salmon, Stevenson, and Carson.

The Columbia River Gorge makes one of the most dramatic ecosystem changes on this planet in less than 100 miles. The West end of the Gorge begins at Washougal, WA (Troutdale on the Oregon side). At this end precipitation is nearly at rain forest levels with 70-100 inches in the areas near Stevenson. But drive 24 miles east, and you find yourself in White Salmon and the rainfall averages around 30 inches. Another 20 miles east and the average rainfall is in the low teens!

The Columbia River Gorge is windy nearly all the time. In the winter the wind is cold, very cold. Most areas in the west end of the gorge receive modest amounts of snowfall in the winter, but the totals are roughly double on average what falls in the Portland-Vancouver Metro. On the Oregon side which is in perpetual shade through out most of the winter the snow hangs around. Ice is a big problem as well. For retirees that need urban services year round, the gorge may not be ideal.

Out further east, past White Salmon the Washington side becomes quite rural. With the far east end as a sole exception, most of the Gorge has counterpart cities on each side. Washougal, WA and Troutdale, OR are the "Gateway to the Gorge" from the Portland-Vancouver metro. Stevenson, WA and Cascade Locks, OR, White Salmon, WA and Hood River, OR. But Oregon's east end city of The Dalles, really has no counterpart. Dallesport, WA is mostly industrial supporting the Dalles Airport.

Those wishing to live in the gorge at the east end will likely have to choose The Dalles and suffer under Oregon's draconian income tax. Of course Washington does have Goldendale, but it is up on the bluffs above the gorge, not really in the Gorge.

The scenery in the gorge is nothing short of amazing, and living in the area will provide an endless array of outdoor activities from kayaking, wind surfing, mountain climbing, hiking, waterfalls, downhill skiing (Mount Hood, OR), cross country skiing, camping and on and on.

The primary Washington locations in and very near the Gorge are listed below starting with the west end and working east. 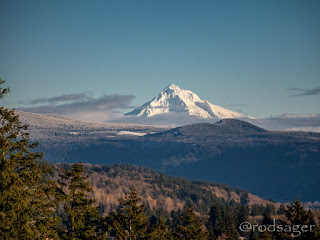 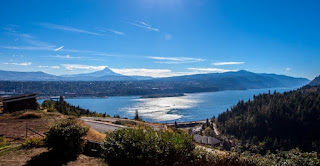 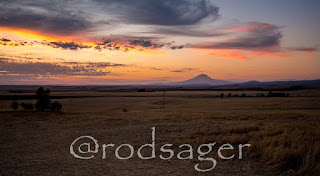