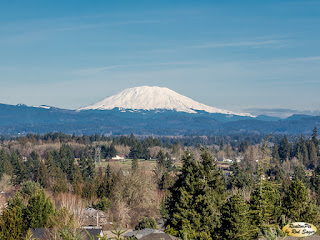 In recent years, Washington cities and towns have become conspicuous by their absence among the various 'Best Places to Retire' lists in magazines and news articles. Washington used to routinely appear on these 'Top Ten' type lists. I decided to sniff around and find out why Washington State has fallen from favor among these so-called elite retirement locales.

I am finding a running theme lately among the likes of Forbes, US News and World Report, Bankrate.com and others. Housing costs, housing costs, and some housing costs. This is the Achilles heel for the Pacific Coast states. California has long since been largely absent from top retirement lists due largely to the phenomenon of high housing costs. Oregon and Washington are now in that same 'boat'.

Fargo North Dakota has found its way into favor as well as Lincoln Nebraska. Weather clearly has lost its luster among the editors of these various best places to retire articles. Read about Washington weather, here. The economy has played a role but I find that a strong economy is less important for retirees than it is for those working. In fact a strong economy tends to make the cost of living higher. Don't get me wrong, a good economy my is always a good thing, but for retirees it is less of a factor since retirees generally are not concerned with jobs. Retirees tend to benefit more from the national economics than local economics. Washington state however, has a very strong economy and yet it remains estranged lately from the lists of retiree havens.

California, Washington and Oregon all find themselves in the top ten among the 50 US states for median home price. California is #1 among states with Washington at #6 and Oregon at #8. This my friends, is what has created a drain on the Pacific Coast's ability to find its way onto the various "best to" lists for retirees.

This at least partially explains why so many of the new residents of Washington and Oregon are from California. Californians are among the very few that don't view the Northwest as "expensive" for housing. Even Oregon with its oppressive state income tax is far more tax friendly than the tyrannical fiends in Sacramento.

The cost of living is higher in the west than most of the rest of the USA, But living in the west is just better in nearly every measurable way. Among the western states Washington is by far the best place to retire. There are many areas in Washington that offer highly affordable housing near the national average and even below. King County, (Seattle) has over 2 million people and its over-puffed housing market skews the state average to make Washington as a whole seem more expensive than it is. Spokane for example has a median home price very near the national average. Just north of us here in Clark County, both Cowlitz and Lewis counties have median home prices well below the national average.

Even with the West Coast housing penalty, Washington State remains a top choice for retirees. Especially those retiring from another state with relatively high housing costs, such as California. The income tax cannot be overlooked when retiring. Anyone that expects to have pension style income, will be bludgeoned in a state with an income tax. 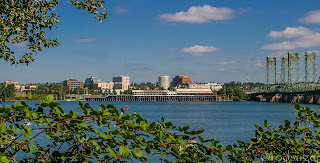 Vancouver, Washington could easily find itself on just about any 'top ten best to retire' list if housing costs were not included in the formula. Even with its relatively high housing costs, the 'Couv' offers in close access to the Portland Metro area, Oregon's sales tax free shopping and Washington's lack of an income tax. Plus you get the slightly damp but very mild year round weather and some of nature's most spectacular scenery. Washington is still one of the best places to retire.