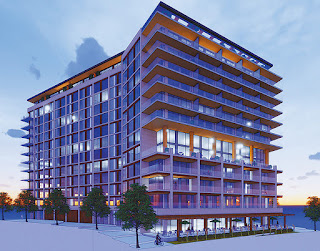 The Springs Living is an Oregon based retirement community developer that specializes in the full range of senior living from fully independent, to assisted care and beyond. They have several locations in Oregon and Montana including many in the metro area. But now they have submitted a proposal to erect a 12 story high rise development on block 18 at the Vancouver Waterfront.

This project has all the advantages of retiring in Washington State and offers an urban location right on the the shore of the mighty Columbia River.

The proposal has been met with enthusiasm by the developer of the Waterfront and the city so it should have a fairly easy ride through the permitting process. Vancouver's amazing waterfront is a mixed use neighborhood that is quickly becoming a regional destination. The waterfront park features a centerpiece cable suspended pier. Restaurants, shops, and services are flocking to the area. I think it is safe to say this new project will be the premier urban senior living development in the greater Portland-Vancouver area. 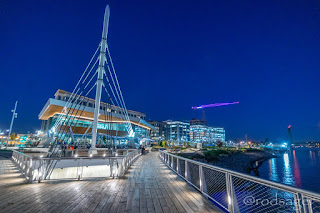